Walking and biking improve overall health and decrease the risk of heart disease, cancer or diabetes. SPAN is helping cities to build sidewalks and bike lanes to everyday places such as grocery stores, schools, libraries, parks and restaurants and is helping to connect Arkansas to neighboring states with bike trails and routes.

SPAN is working with partners to create outdoor recreational areas for people with traumatic injuries or physical limitations. These playgrounds and trails are designed to be accessible for anyone whether they’re in a wheelchair or not. Several projects include: 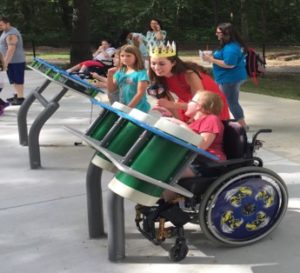 A child in a wheelchair has fun at the Mills Park Playground. 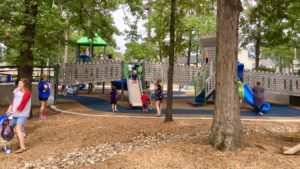 The new accessible playground at Mills Park in Bryant. 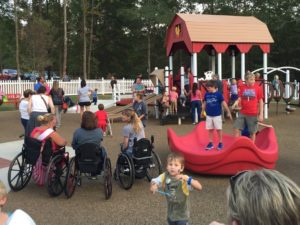 “Kids” of all sizes and mobilities can enjoy the new East End Crossing Playground.

SPAN is assessing the walkability of Arkansas state parks, ensuring that all parks are easily accessible. The team evaluates such things as the number and width of trails, curb heights and available bike stands. 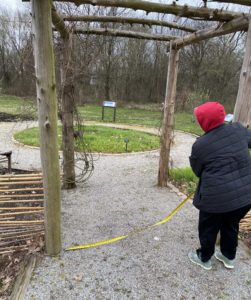 The National Healthy Park System Award recognizes a state park system that has shown exemplary commitment to promoting and supporting health for their staff and patrons.

All state park systems may apply. Five finalists will be announced for 2023 with the final award presented at the National State Park Directors’ conference. A panel of five public health and park professionals will review all applications and decide the winner.  The award is managed by the National Healthy Park Coalition, whose goal is to inspire all park systems to strive for exemplary health practices and policies. 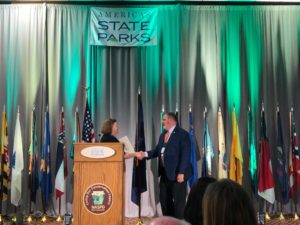 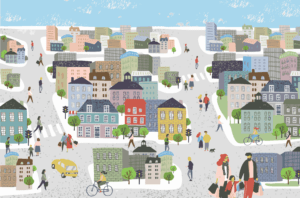 SPAN is working with several cities in central Arkansas to develop master bike and pedestrian plans, allowing citizens to travel from point A to B safely without a motorized vehicle. Partners such as Crafton Tull, Arkansas Department of Transportation, Winrock International and cities’ leaders develop these plans. 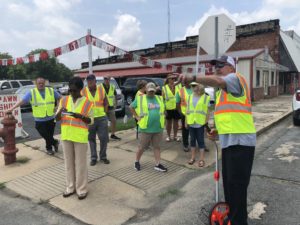 Dave Roberts with Crafton Tull points out the lack of crosswalks downtown to the England team.

Walk Audits: The team walks the streets, sidewalks and downtowns of selected cities with an eye toward improvements and capitalizing on good things already in place.
See Dave Roberts’ articles on How Walkable is Your Community Part 1 and Part 2.

Developing the Plans: Lonoke, Stuttgart and England have approved their master bike and pedestrian plans.  Read story on England’s plan. 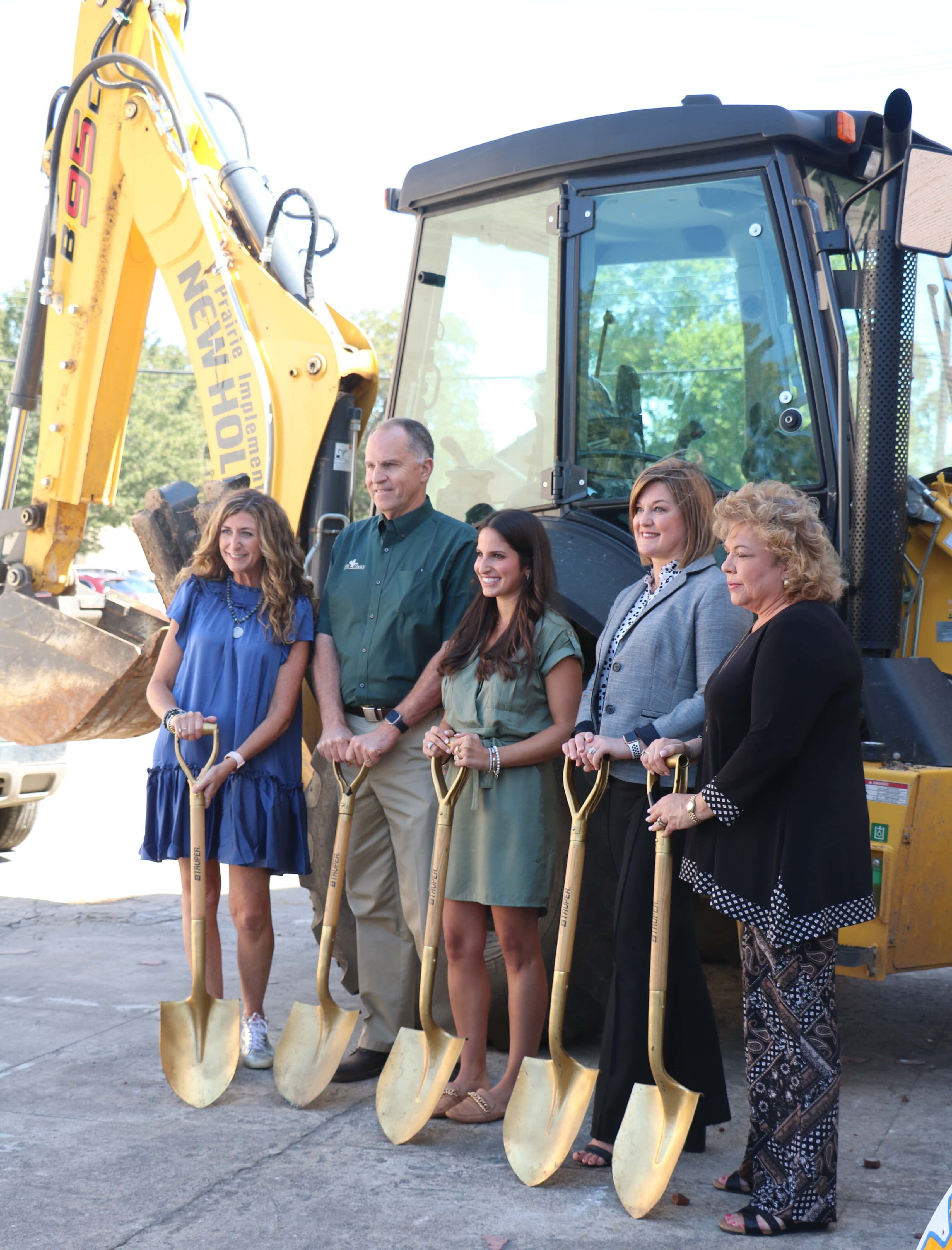 Pop-Ups and Pocket Parks:  Communities need to visualize crosswalks or roundabouts and how they slow traffic or the transformation of a vacant lot into a park with shade, picnic tables, greenery, games for kids and even an outdoor movie theater. The team relies on these pop-ups so the communities can imagine the transformation and generate excitement. SPAN also gathers input through surveys, voting boards or comment cards. Stuttgart’s pop-up of a pocket park and crosswalks spurred the city to move forward with plans, breaking ground on the park one year later with crosswalk installations coming soon. 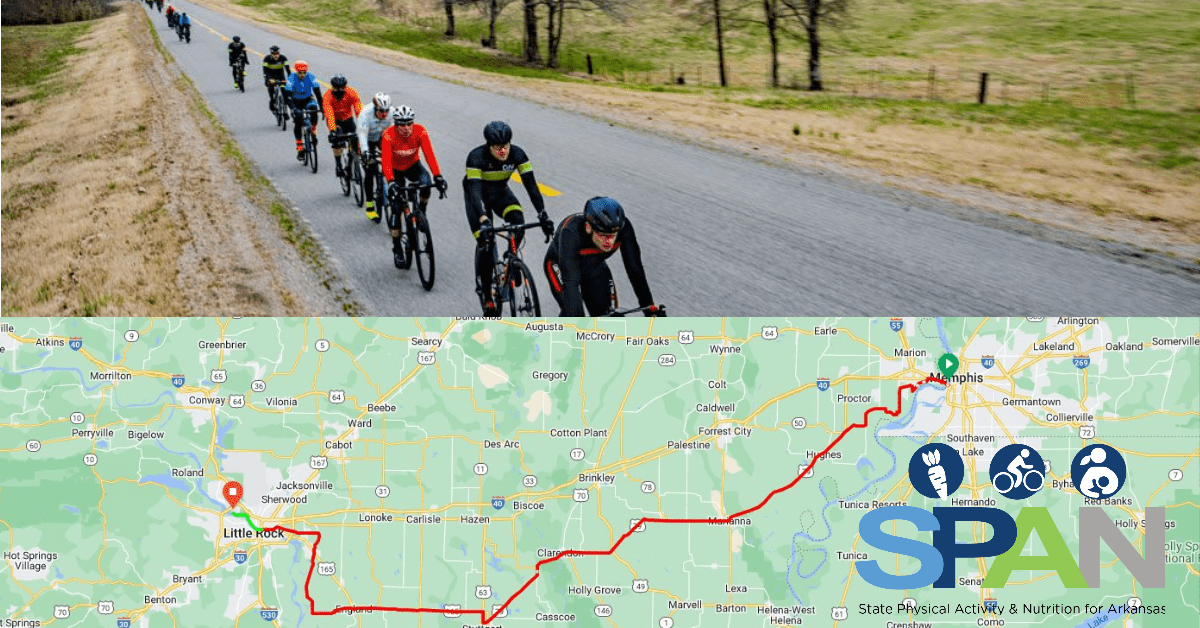 The newly designated USBR 80 stretches from central Arkansas to the Tennessee border.

More stories on the US Bike Route 80