The Department of Family and Preventive Medicine is accepting applications for the Harold H. Hedges III, M.D., Endowed Scholarship.

Background of the Award 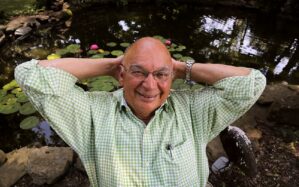 While our medical schools must produce knowledgeable and competent clinicians, they must also instill the human qualities that make a physician a friend and nurturer.

To honor the service of Dr. Hedges and encourage others to follow his distinguished example, friends, colleagues, and patients have created the Harold H. Hedges III, M.D., Endowed Scholarships in Family Medicine. Two scholarships are available each year: One to be awarded to a medical student at UAMS who matches with the Little Rock Family Medicine Residency Program, and one to a student matching in Family Medicine. The second award is not contingent upon residency location.

The Endowment, and thus the Scholarship Awards provide a most appropriate way to honor Dr. Hedges and ensure that his legacy continues.

“ In a time such as this when the increasing commercialization of medicine is leading to disappointment and cynicism among patients and frustration and opportunism among physicians, a doctor such as Harold Hedges must be recognized. He should be held up to the public as a source of hope and reassurance of its faith in the medical profession, and to his colleagues he should be displayed as the finest example of the compassion and commitment a doctor ought to display.”

– A patient treated by Dr. Hedges

One physician who has distinguished himself as much for his compassion and selfless caring as for his profound skill as a physician is Harold H. Hedges III, M.D.,  co-founder of the Little Rock Family Practice Clinic. Dr. Hedges graduated from the University of Arkansas School of Medicine (later to be named UAMS) in 1958.  For four decades, Dr. Hedges has served the medical community with distinction.

Dr. Hedges is more than a personal healthcare provider. He is a trusted friend who is often there during major milestones in their lives: childbirth, accidents, illnesses, even death.

Taken together, these qualities make Dr. Hedges much more than a typical family physician. He blends tremendous healing skill with sincere compassion and unwavering faith to provide his patients the comfort of knowing a dear friend is caring for them. This complete spirit of giving makes Dr. Hedges unique in today’s world, and it is a quality to be sought and nurtured in tomorrow’s physicians.

Dr. Hedges treats each individual with a rare depth of empathy and compassion. These traits prompted the many awards he has been nominated for and won over the years.

One patient described Dr. Hedges as someone who, “instills confidence that says, ‘You’re going to be all right,’ because he’s going to see that you are.”

This same person told of numerous times when Dr. Hedges extended his healing hand beyond the walls of his office. Once he spent his day off helping a neighbor’s family regroup and get back on their feet after their house burned. Another time, he made a one hundred and fifty-mile round trip from Little Rock to Star City to make a house call on a patient. No bill has ever been issued for that visit.