Growing by Leaps and Bounds 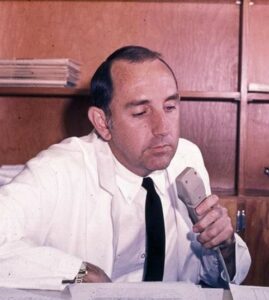 By the end of 1975, Dr. Fiser had recruited several new faculty who played major roles in the growth of the department and ACH. 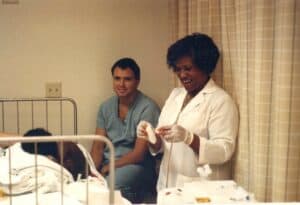 Dr. J.B. Norton was recruited from San Antonio to grow Cardiology as well as to help in recruiting new faculty. He continued as Chief of Cardiology and oversaw considerable growth during his years as chief until 1996.  Dr. Terry Yamauchi, the first Pediatric Infectious Disease specialist in the department, was a fellow at UCLA and best friends there with Dr. Fiser.  Along with his work as an excellent clinician, teacher, and researcher, Dr. Yamauchi served for several years as director of the Department of Human Services under Governor Bill Clinton. The aggressive recruiting continued in 1976. Dr. Joanna Seibert, who served a Chief of Radiology for several decades at ACH, and Dr. Robert Seibert, who served as Chief of ENT at ACH, joined the faculty of the Department of Pediatrics and served in their roles for 39 years. Dr. Elders recalled, “Dr. Joanna Seibert is a world-renowned radiologist and she interpreted radiology in a way we had never seen before.

She is very smart, very good and loved to teach and she would make rounds with us (Elders audio coming soon). 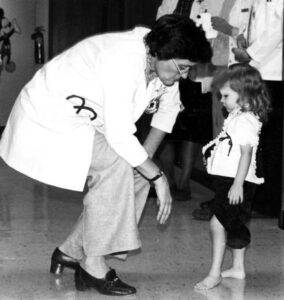 Dr. Arrington commented, “I’ll say she taught me more neonatology than anybody ever because she knows a lot about everything.” (Arrington Audio coming soon) A major recruiting success was that of Dr. Betty Lowe.  She served as Medical Director of ACH until her retirement.  She was remembered by all with great fondness and admiration.  Dr. Elders recalled, “I think Betty was probably one of the smartest, best-trained clinicians we’ve had in Arkansas in a very long time.  She was a super pediatrician.  She went down and practiced in Texarkana and then she came back and was the Medical Director of Children’s Hospital.  She was a good doctor, she was a good leader, she was a good pediatrician.”  Dr. Rhonda Dick commented on Dr. Lowe’s excellence as a teacher/mentor.  “One of the best teachers I had was Dr. Betty Lowe.  I learned a lot from her by example.  She always gave her trainees the benefit of the doubt.  It was always, until you proved yourself wrong in her eyes, you were right- just somebody that was very supportive of young people.  She was one of the influential people in my life.” 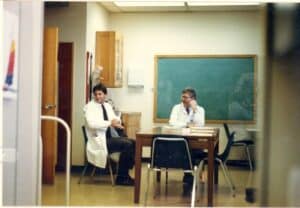 By the academic year 1979-1980, the Department of Pediatrics included 39 faculty members. 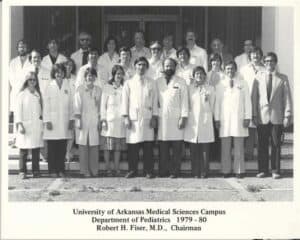 The number of pediatric residents had grown to 37 residents in the 1979-1980 academic year.