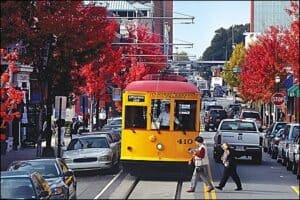 The River Market District offers opportunities for everyday shopping from local grocers with seasonal meats, produce and exotic spices year-round.  From May through October, the pavilions are home to the Little Rock Farmer’s Market which brings together the best home-grown food, artisan crafts and local vendors in central Arkansas.  At lunchtime, follow the enticing aroma wafting from Ottenheimer Market Hall to enjoy a diverse medley of ethnic dining options.  After lunch, spend some time strolling through the River Market District’s many locally-owned shops and art galleries.

Located behind the River Market Hall, the Julius Breckling Riverfront Park spans 11 city blocks and 16 acres along the banks of the Arkansas River. La Petite Roche Plaza is home to the original “Little Rock”, the small outcrop of stone that inspired the city’s name upon its discovery by Benard de la Harpe. Peabody Park, an expansive children’s play area complete with brand-new equipment,  a rock-climbing wall, tunnel structures, and spraying fountains, give tired parents an opportunity to rest and enjoy the view of the river.  The Riverfest Amphitheater features 1,375 fixed seats and holds concerts throughout the year.  And for exercise enthusiasts, the park’s new outdoor health museum, known as the Medical Mile, is part of the Arkansas River Trail and offers beautiful and interesting scenery while working in that daily walk or jog.

The Big Dam Bridge, completed in 2006, is a 4,226-foot-long pedestrian crossing over Murray Lock and Dam that connects a 14-mile loop. At its highest point, the bridge towers 9 stories above the Arkansas River.  And with 239 light fixtures, it positively glitters at night on the Little Rock skyline.

When the Arkansas River Trail is finished, the bridge will be part of a 24-mile urban path that connects the Little Rock metro area.  Now nearly thirty years in the making, the river trail will be a walking and biking option for the daily commute as well as for errands and family outings. 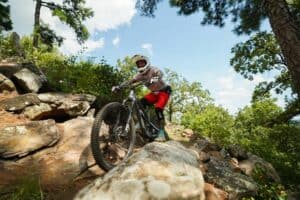 One of the newest and most thrilling attractions in Little Rock is the new Monument Trails at Pinnacle Mountain State Park. A truly first-rate mountain bike trail system located just minutes from anywhere in Little Rock, the Monument Trails opened in 2021 and feature runs for every skill level. 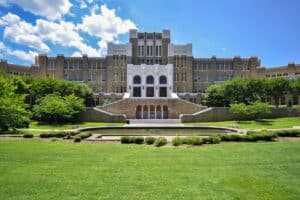 Little Rock Central High School in downtown Little Rock made history on September 23, 1957, when nine African-American teenagers were the first to integrate into an all-white school following the Brown v. Board of Education of Topeka ruling.  The school is now a National Historic Site and is open to the public for tours at no charge.

Often called the Westminster Abbey of Arkansas, the park-like Mount Holly Cemetery boasts the company of many famous and important figures in Arkansas and Civil War history.  Among the most famous is David O. Dodd, a 17-year-old Little Rock boy executed by the Union army for being a Confederate spy.  Mount Holly’s burial roster and beautiful surroundings make for a fascinating day trip.

When a big-ticket show or concert comes to town, residents head across the river to Simmons Bank Arena in North Little Rock. Opened in 1999, the arena is a massive 370,000-square feet facility and hosts some of the most famous names in music and entertainment. 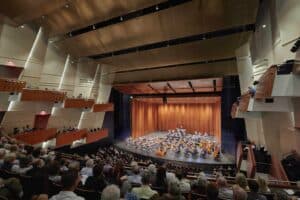 The home of performing arts in Little Rock is Robinson Center. Following a $70-million renovation the performance hall has hosted national tours of Hamilton, The Lion King, Phantom of the Opera, Les Miserables, Kinky Boots, as well shows from Dave Chappelle, Willie Nelson, Alton Brown and many more.

War Memorial Stadium is located in the heart of Little Rock and is one of the most exciting venues in the city. It serves as the home of the Little Rock Rangers soccer club, a concert and event venue, and the central Arkansas home of the Razorback football program. There’s nothing like the atmosphere of an SEC football game, either in the stands or tailgating outside the stadium.