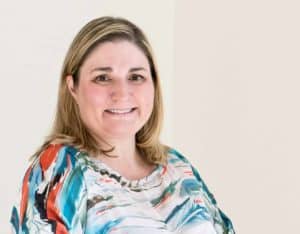 Jennifer L. Hunt, M.D., chair of the Department of Pathology and Laboratory Services in the College of Medicine at the University of Arkansas for Medical Sciences (UAMS), has been chosen to receive the 2019 Emerging Leader Award from the American Association of Medical Colleges (AAMC) Group on Women in Medicine and Science Division.

The award, only given to one woman each year, will be presented at the organization’s annual meeting Nov. 9 in Phoenix, Arizona. Established in 1995, it recognizes those who have been instrumental in developing women leaders.

“She has made a lasting impression on me and the other women in her program,” said Roberta Gebhard, D.O., president of the American Medical Women’s Association and one of several nominating Hunt. “She is a lifelong physician leader and gifted mentor.”

Hunt has sought out and mentored dozens of female physicians, many of whom now occupy positions of greatly increased responsibility, said UAMS’ Jennifer Laudadio, M.D., vice chair for Clinical Operations in the Pathology Department.

Hunt created an eight-week leadership program for women in medicine designed to increase self-confidence and reduce physician burn out and attended by nearly 100 female physicians.

Earlier this year, Hunt was one of five physicians nationwide chosen for the AAMC’s Council of Deans Fellowship Program for those identified as being qualified to become deans.

Hunt joined UAMS in 2011 and is the Aubrey Hough Endowed Professor of Pathology. She is nationally and internationally recognized for her clinical subspecialty expertise in head and neck, endocrine, and molecular anatomic pathology.