Jan. 7, 2019 | Hailey Dougherty, 17, remembers crying from constant pain she was too young to even understand. She didn’t know it yet, but blood vessels were growing out of control and pressing against her 8-year-old brain.

“She would just cry from the time she got up until the time she went to bed,” said Hailey’s mom, Marisa Rokstad.

When Hailey was 12, doctors gave them a name for the condition — arteriovenous malformation — but they didn’t give her a solution. They told her the condition was so rare, dangerous and complicated that there are no medications and they wouldn’t risk performing surgery.

Hailey, before and after treatment for the arteriovenous malformation around her right eye, skull and brain.

Soon, the renegade blood vessels began expanding on the outside of her skull, deforming Hailey’s face. Hailey remembers being a pre-teen who was in pain, insecure about her looks, and confused.

“I remember one of the worst times. A doctor was telling us: ‘We’re going to have to remove a fourth of her face. She’s never going to look the same again. She will look completely different from everyone else.’ And I didn’t really understand. I was so young and I was so confused. I didn’t understand, but it scared me a lot.” 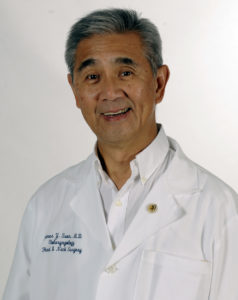 Rokstad was consulting with expert medical centers from across the country. When she called Harvard, they told her to call James Suen, M.D., at the University of Arkansas for Medical Sciences.

When Hailey met Suen, a distinguished professor in the College of Medicine Department of Otolaryngology — Head and Neck Surgery, Hailey said he was unlike any doctor she had met. Although he characterized her chances of being cured as “maybe 1 percent,” he gave her hope and an action plan for the path ahead. They got to work.

Four years later, Hailey has undergone many procedures and surgeries, the most significant of which involved removing a large part of her skull and the dura covering of her brain. The bone was filled with the malformed blood vessels, so much so that when UAMS neurosurgeon J.D. Day, M.D., who was assisting with the surgery, removed her skull, Hailey lost 10 pints of blood. Without the vascular malformation, a patient wouldn’t even lose half a pint of blood during the same operation, Suen said.

They removed the affected vessels from the lining around her brain, from the tissue in her orbit around her eye and also in her forehead and eyelid. Day used a special material to replace the dura covering her brain and fitted Hailey with a prefabricated prosthetic piece of skull to replace the bony defect. 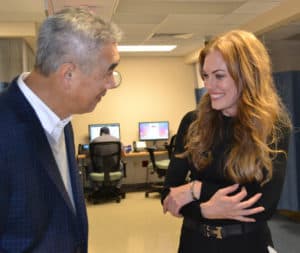 Hailey continues to see Suen every three months for checkups and treatment with lasers and injections of Bleomycin, a cancer medication that Suen has found to be promising for patients like Hailey. Not only is Suen a leader in the treatment of arteriovenous malformation, he and his colleague, Gresham Richter, M.D., have done research in the area that has literally redefined the field.

“We’ve actually shown that the majority of arteriovenous malformations are very similar to low-grade cancers,” Suen said, explaining that previously, they were thought of as a problem having to do with flow dynamics.

“The recognition that they are actually more similar to cancers leads to new treatment options. Hopefully, AVMs can be treated with these new cancer drugs that can stop the growth and spread of these malformations. Very few drugs have been tried before, but our research will lead to new treatments. Under Dr. Richter’s direction, we have a research lab that’s devoted to just these vascular malformations.” 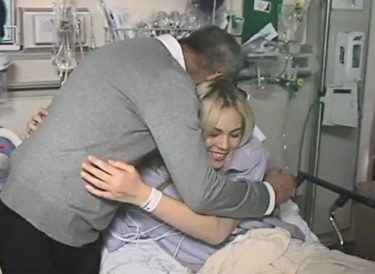 In October, two years after the major surgery, Hailey underwent an arteriogram to look for signs of the malformation. Hailey and her mother were relieved by good news. There was no sign of anything growing back along her skull or brain or face. Suen found a small spot just inside her eyelid he will continue to monitor.

Is Hailey that 1 percent who found a cure? As a scientist, Suen will only say, “hopefully,” but one thing is for certain: Hailey and her family will keep coming to Suen for his care and expertise as they work to keep the effects of her disease at bay.

“He turned my whole life around,” Hailey said. “He’s an angel sent from heaven, and I’m not kidding when I say that.”

“He couldn’t be a better human being,” Rokstad said. “What she has is scary and painful. It was difficult for us to even find the right care, and then when we did, to have him be so caring on top of having the expertise — it’s phenomenal! Dr. Suen’s team and UAMS have been a godsend for us.”