England’s city council will discuss a proposed master bike and pedestrian plan after England citizens had their say with three public meetings and an online survey. Englanders were allowed to offer their opinions on priorities and make suggestions on the plan, which will connect everyday destinations for those who walk, bike and move in a safe, convenient way. Ultimately, this plan will encourage physical activity and economic development. 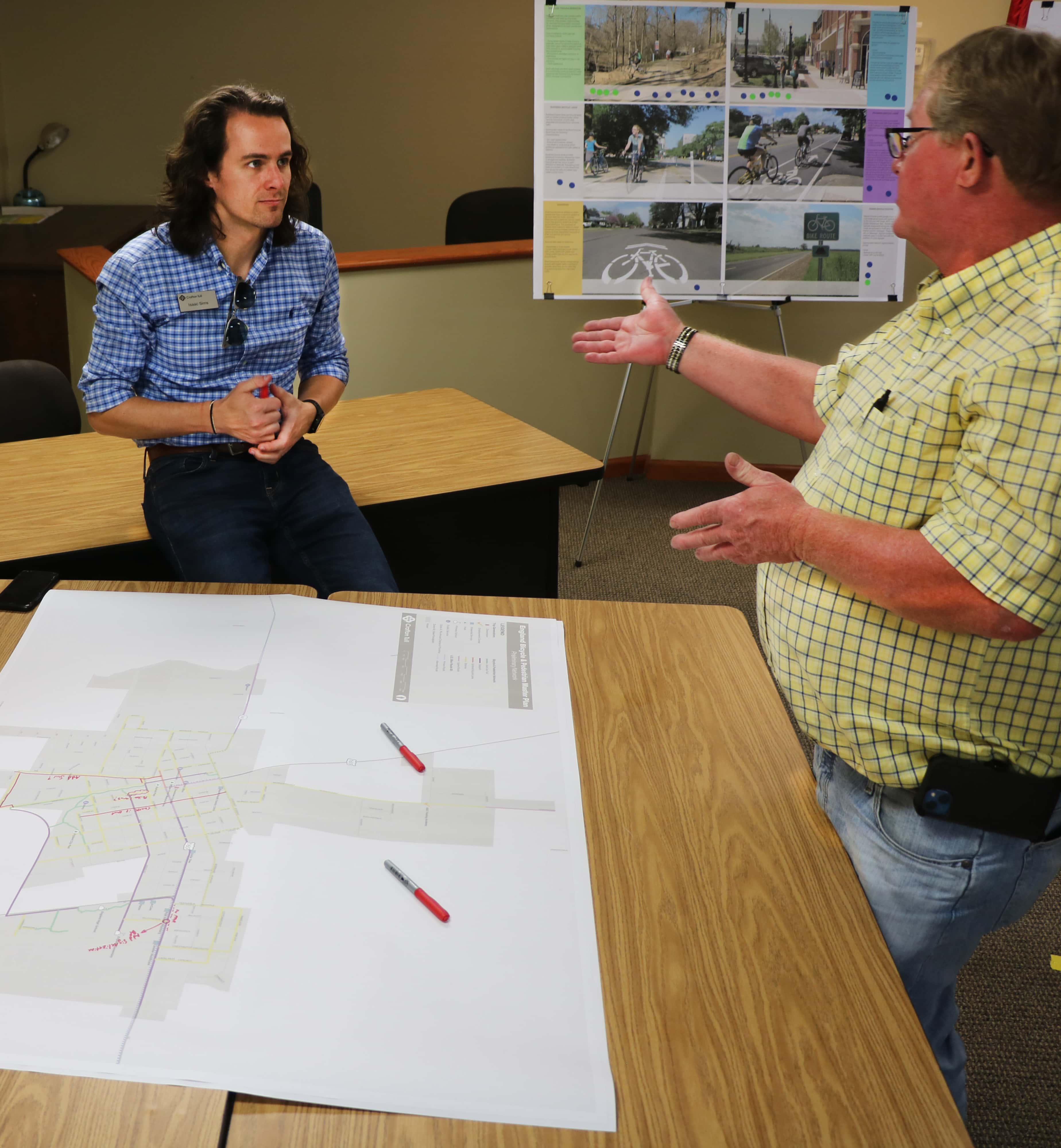 Isaac Sims (left) with Crafton Tull talks to Lenny Adams about the plan at a recent public meeting.

Isaac Sims, planner with Crafton Tull which created the master plan, said the survey results weren’t particularly surprising. Fifty-five percent of the respondents said they walked three or more times per week for either recreation or transportation. Around 92 percent said they did not ride a bicycle for recreation or transportation. Citizens at the July public meeting offered valuable input on sidewalks and, as a result, Crafton Tull added a sidewalk down Southwest First Street from West Fordyce Street to Cox Drive. The network of shared use trails, sidewalks and bike paths will equal approximately 17.25 miles. 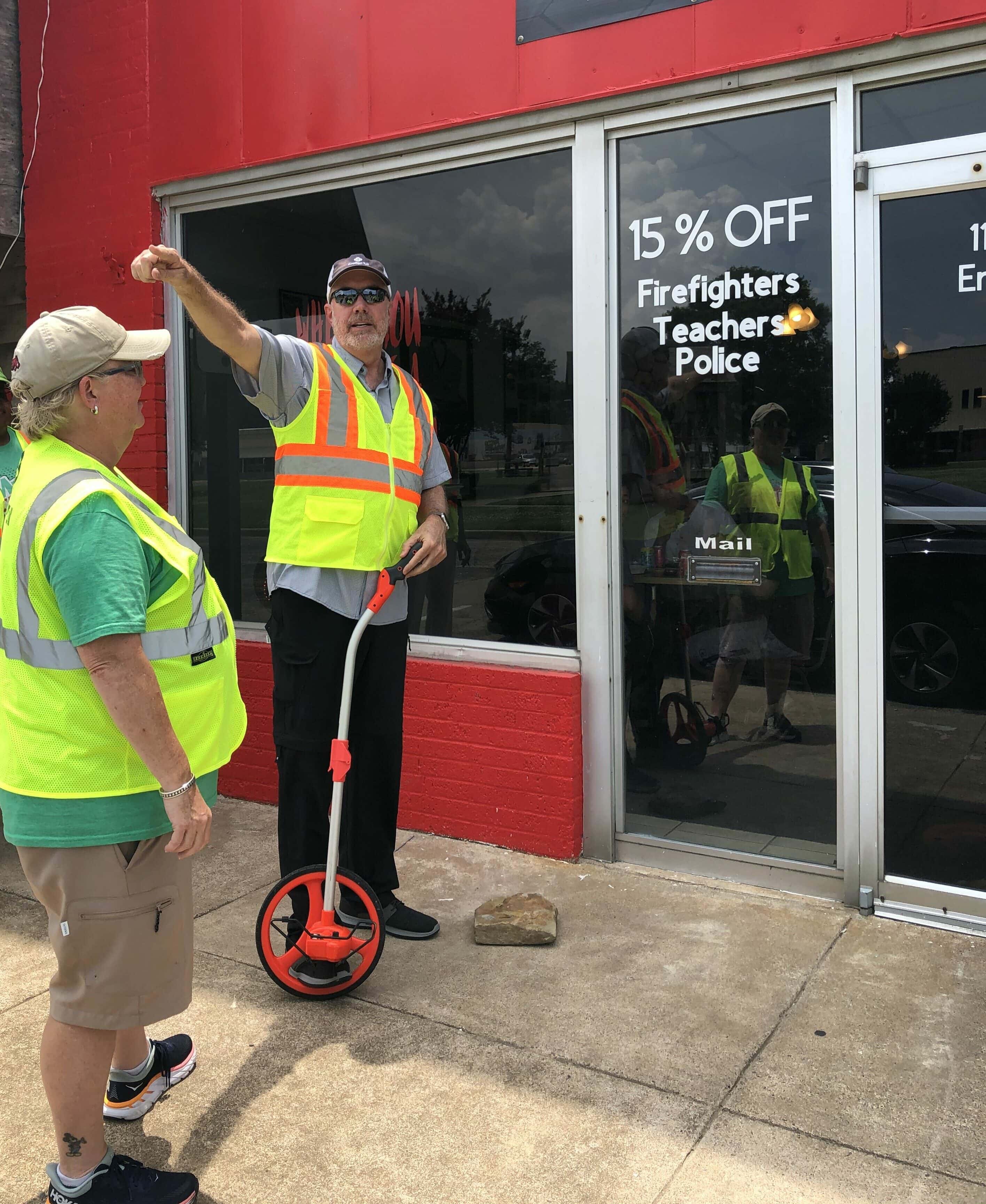 Dave Roberts with Crafton Tull points out the potential for reworked sidewalks and a park to Leesa Freasier, physical activity coordinator with SPAN, on the walk audit in 2021.

The planning began last summer. The State Physical Activity and Nutrition for Arkansas (SPAN), part of the University of Arkansas for Medical Sciences (UAMS), funded the plan and helped organize a walk audit of downtown England to find trouble spots for pedestrians and bicyclists. A year later, the public weighed in on the initial drafts.

Mari Ben Newton, who moved to England in 2000 and attended the second public meeting in July, said she was most interested in a sidewalk on Nichols Street because she sees school kids walking that route every morning without the benefit of a sidewalk.

England’s Chief of Police Bill Duerson was keyed on safety too. 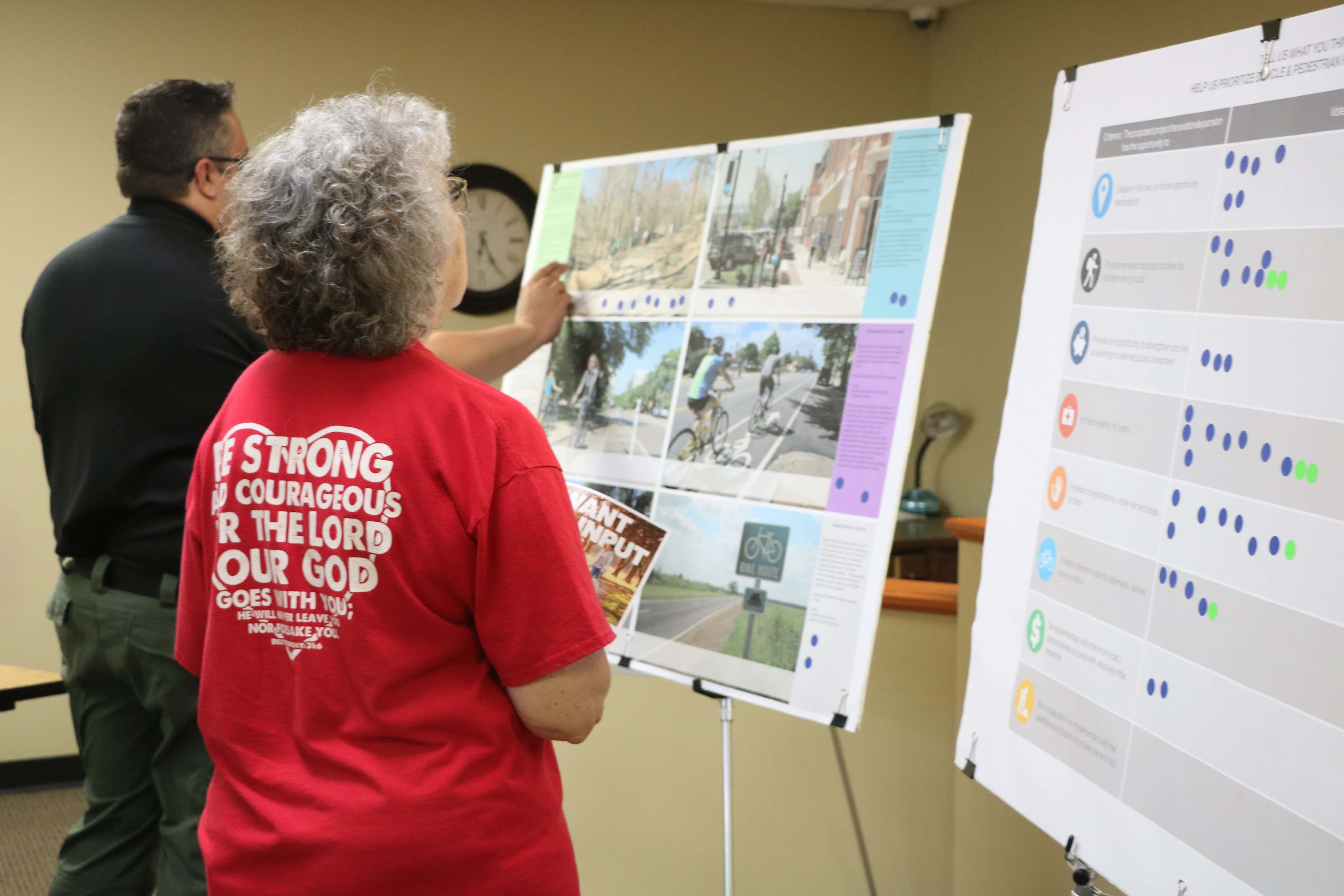 Bill Duerson and Mari Ben Newton decide how to vote on aspects of the proposed plan.

“I really like walking paths and safer routes, especially in the summer when kids are darting in and out of traffic,” said Duerson, who grew up in England riding his bike.

At the July meeting, Julie Kelso, vice president of planning with Crafton Tull, pointed to research that showed Lonoke County residents have a higher percentage of adult obesity than other counties in Arkansas, adding that Englanders could use opportunities to walk and bike to the grocery store, library, their work or school. And with 35 percent of England families having only one vehicle, families need safe options for non-motorized travel.

“What encourages bicycling or walking?” Kelso asked the group. “Safe, comfortable lanes with points of interest. If there are no facilities (for walking or biking), the stress level is high for biking or walking. As we move into safer facilities (safest being a separate trail), the stress is lower, but the ease of installing them is also less, meaning it takes more time and money to put them in place.” 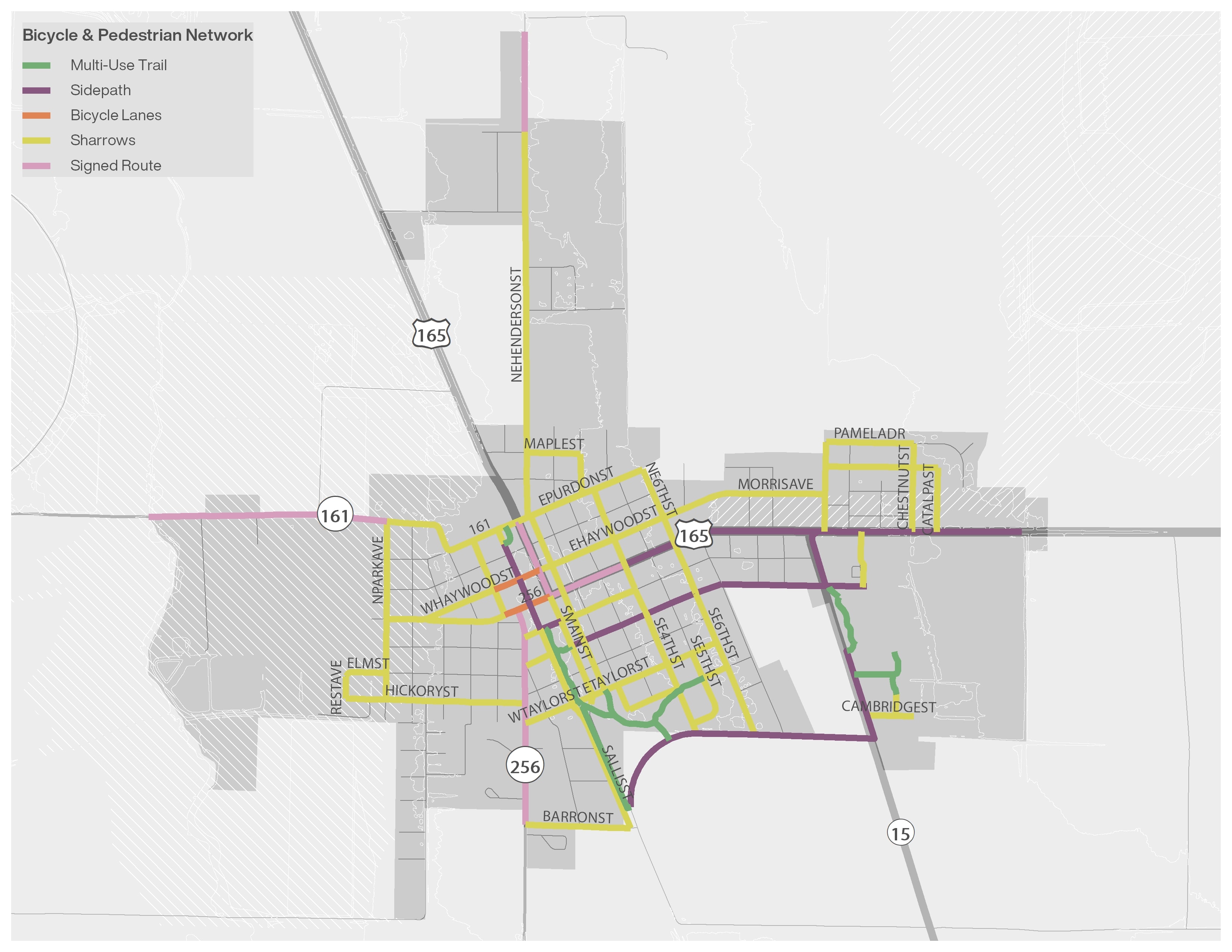 The firm used trip generators to expose “hot spots” of concentrated activity, such as the intersection of U.S. Highway 165 and Arkansas Highway 15. Another factor that Crafton Tull considered was the proposed United States Bike Route 80 (USBR80), which will meander through downtown England. The USBR80 snakes from North Little Rock to West Memphis as part of a larger route system across the United States for long-distance bicyclists.  The proposed route will increase economic development in the towns dotted along the path, England being one of them. In addition to the USBR80, Metroplan (a planning agency for four central Arkansas counties) hopes to tie the England master bike and pedestrian plan to its own vision for the Regional Greenways project with more than 170 miles of multiuse paths connecting Faulkner, Lonoke, Pulaski and Saline counties.

Kelso said most of England’s proposed trails are concentrated in the southern part of the town with side paths along Nichols Street, a major corridor for children walking or biking to the high school.

Many of the existing traffic signals will have bike/pedestrian traffic signals added to them, and network trailheads will be centered around parks and schools in the city.

The blacktop will feature a walking path and sunshades. Sims said the block of blacktop in downtown England will have a widened walking path circling it and may be painted green with sunshades along it to protect pedestrians from the heat.  Another need is to connect the sidewalk to the Willis H. Sargent Training Academy north of town and on Henderson Road.