The University of Arkansas for Medical Sciences (UAMS) has received a $420,000 gift from the estate of Jack T. Steele, M.D., to finalize the creation of the Jack T. Steele, M.D. Endowed Chair in Family and Preventive Medicine in the College of Medicine. 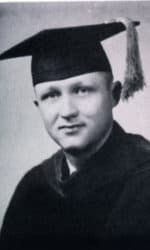 Endowed chairs allow UAMS to recruit and retain top leaders in the medical field who can provide the best care for patients. A chair is established with gifts of at least $1 million, which are invested and the interest proceeds used to support the educational, research and clinical activities of the chair holder. An endowed chair is among the highest academic honors a university can bestow on a faculty member.  Those named to a chair are among the most highly regarded scientists, physicians and professors in their fields. UAMS will announce a professor to the Steele Chair at a later time.

Steele, a 1952 College of Medicine graduate and longtime supporter of UAMS, died March 6. Over several years, he gave more than $620,000 toward the creation of an endowed chair. Together with the $420,000 estate gift, Steele’s combined lifetime giving to UAMS exceeds $1million.

“We are grateful for the late Dr. Steele’s generosity and longtime support for our university and college,” said Christopher T. Westfall, M.D., executive vice chancellor of UAMS and dean of the College of Medicine. “As a family physician, Dr. Steele understood how important primary care physicians are for our patients and communities, and this has never been more true than today. The Jack T. Steele, M.D., Endowed Chair in Family and Preventive Medicine will support outstanding education and training of family physicians for generations to come.”

“Practicing medicine was integral to my dad’s identity,” said son Jeffrey Scott Steele, M.D. “He had a difficult time retiring completely from his practice and continued to work at least part-time, well beyond the age when most would have retired. Even after retiring he maintained his state medical license and satisfied the required continuing medical education.”

Steele was born in 1926 in Lynn, Arkansas, and moved to Walnut Ridge at age 3. He was a cadet at the U.S. Naval Academy from 1945-1946, and graduated from the University of Arkansas at Fayetteville in 1948 with degrees in psychology and philosophy. In 1952, he graduated from the University of Arkansas School of Medicine (now UAMS), and completed an internship with the St. Louis City Hospital. He then served as a Navy physician from 1954-1956. Steele had a longtime medical practice in the greater St. Louis area, including Ferguson and Bridgeton. Four of his sons are physicians.